Relationships can be very tricky sometimes. You may think the guy you’re with is everything you need in a man. You want to give him the whole of you. You want to spend the rest of your life with him and it turns out that he never wanted the same things you did. So, you break up.

You waste months or years of your life on the wrong guy. Maybe while you’re with the wrong one, you’re missing out on your chance to meet the right one.

If you are dating someone who you think doesn’t feel the same as you, it can lead to developing fears and insecurities. So, it’s better to be sure right at the start than to spend your life with someone who doesn’t care about you.

Even when he doesn’t agree with you, he will show you support because he knows how important it is for you to learn things from your own mistakes. He will never mock or judge you when you do something wrong. He will give you a comforting hand and help you bounce back.

He will confide in you because he knows you will help him like he helps you when you need it. If you want to do something that he doesn’t agree with, he will trust you enough and give you a chance to change his mind. He knows that you do things for his and your sake. He knows you won’t do anything to destroy what you have.

3. He respects your opinions 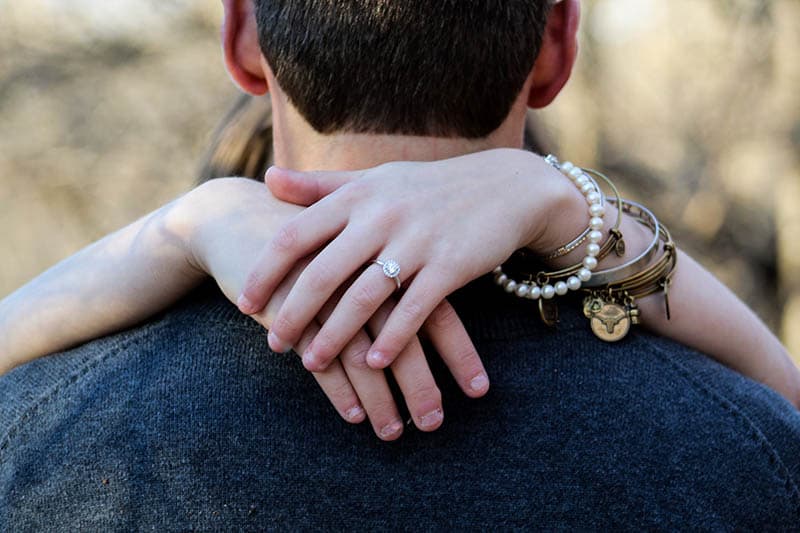 He will never stop you in the middle of a sentence because he knows you are an intelligent human being entitled to her own opinion. He is well aware of the fact that you have a voice that deserves to be heard. You will feel loved and respected for the rest of your life with him. He will never undermine you or embarrass you by not taking into consideration what you’ve got to say.

Sometimes, he just knows when to let something slide. Maybe you’re stubborn when making a point and even when he knows you are wrong, he will let some things slide because he doesn’t want to fight with you.

And when the time comes, when the situation settles, he will talk to you about it. If he doesn’t let things slide, he will try to meet you somewhere in the middle, so you both can be satisfied with the final outcome.

5. He surprises you for no reason

Not only does he remember important dates, he also surprises you when you least expect it. He shows up on your doorstep with flowers in his hands, just because he loves you.

He will take you out just because he wants to spend more time with you. Basically, these things he does don’t have to be big or spectacular, as long as they are pure and from the heart.

For him, there is no more ‘I’. From the moment he fell in love with you, he knew that you belonged together and that you are two bodies with one soul, that you became one—we.

He is not thinking of himself as a single man anymore. He sees you in his future and he makes plans that include you.

Sometimes you just don’t need any signs to know if someone is your soulmate or not. Sometimes you just know. And you know as well as he does. He loves you from the core of his heart and you feel the same about him.

There is nothing you would rather do than spend time with him. When you fall asleep, he is the last thing that comes to your mind and when you wake up, he is the first thing you think of. He is the man of your dreams.