If you’re having second thoughts about leaving him but deep down in your soul you know that he’s just not right for you and you would be ten times happier without him, do not waste a second of your life on that guy who is definitely not worthy of having you.

To assure you that you’re making a right decision, here are 10 ultimate signs that you’re better off without his toxic love.

1. You’re not his priority

He always has other priorities that overshadow your existence every single time. His pet, his friends and family, his hobbies and guy nights are far more important to him than spending a night with you.

Whatever you do, he will always make that puppy face pretending that he’s utterly sorry for not having time for you and that he will make it up to you. But, he never does, does he?

2. He doesn’t make an effort to make you feel special

Making an effort to make you feel special equals a mission impossible. Picking a flower for you, making you a cup of coffee in the morning or kissing your forehead when he leaves for work is something that he never does, and he’s not even thinking of doing it.

The future is something he’s totally not worried about because he has no plans at all. He doesn’t bother thinking about his goals or future achievements because the only thing that he gives a fuck about is how many beers has he succeeded in drinking last night.

Ambitious men don’t spend days and nights thinking only about having fun and enjoying the moment because they know that the future is something that shouldn’t be taken for granted, just like you.

One day he’s all sweet and nice, and the other day he doesn’t even bother looking at you. He dances as his self-centered brain plays. He couldn’t even give less of a shit if he’s sending you mixed signals because he ain’t got time to worry about that.

And when you complain to him about it, he simply tells you that you’re overreacting and that you’re too needy. But, the truth is that he’s just a selfish asshole, manipulating you into believing that it’s your fault for everything.

5. You haven’t heard ‘I love you’ from him for a long time

Hearing those three words or calling you ‘Darling’ or ‘Honey’ is as rare as hens’ teeth. And even if he says it, it sounds totally wrong, and you know that it is just not right.

You feel better when he’s silent instead of faking his feelings towards you, and if you tell him this, he will tell you again that it is your fault because you’re forcing him to open up to you and to be romantic even though you know he’s far from that. 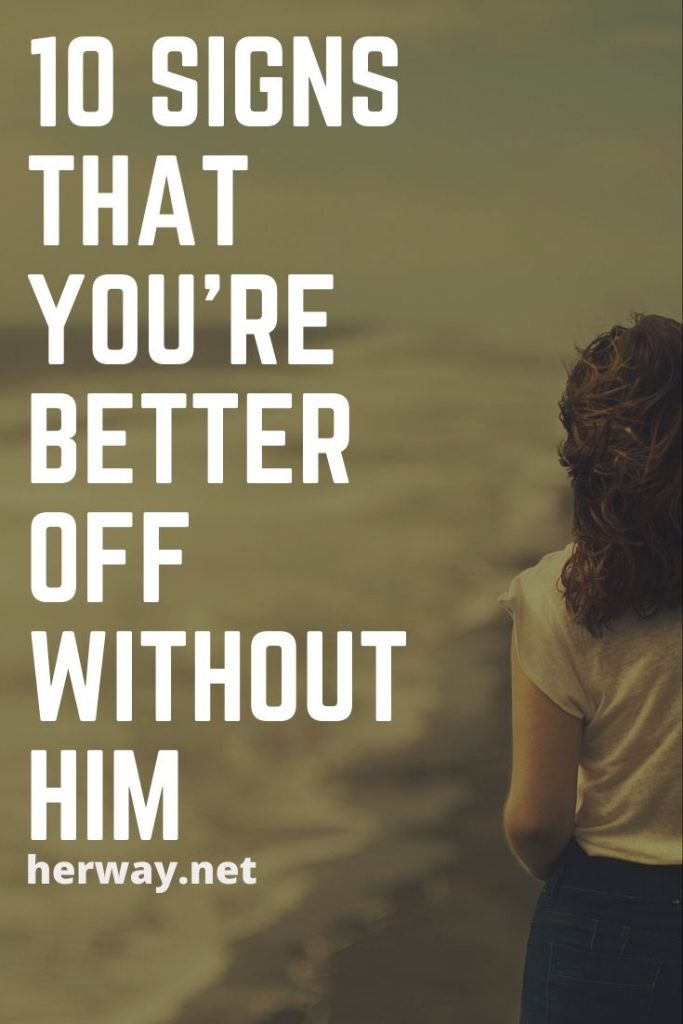 6. Having sex with him feels more like torture than pleasure

The only thing he worries about during sex is whether he’s succeeded in reaching a climax. He doesn’t give a damn if you haven’t or if you’ve enjoyed it all. He’s totally uncreative when it comes to spicing things up or engaging in foreplay.

Also, you feel like you’ve lost the connection a long time ago, and that is why having sex is more like torture than something you should be enjoying.

He’s constantly making excuses that he needs to stay longer at work, his old friend is in town or his grandmother has invited him to dinner. But, you know that this is all false and instead of staying longer at work, he’s actually looking for other victims to hook up with.

And when you ask him about where he was last night, he becomes extremely mad because you dare to question his “loyalty” and “commitment”.

8. He always makes you wait

No matter if it is about going to the movies, to a mall, or to dinner, he will always, always make you wait. He even made you wait for him when you were going on your first date. But, back then you didn’t know that it will become a routine.

Waiting is an ultimate sign of disrespect toward you, and you shouldn’t waste any second longer on him because he doesn’t deserve it. Period.

9. He’s never there for you when you need him the most

When you’re feeling down and need him to be by your side, he’s never there. And even if you call him, he simply finds some lame excuse to let you know that he’s unable to be there for you.

99% of the time, he’s only worried about appeasing his egocentric self and doing things that make HIM happy. He doesn’t have time to think about others or how he can make things better in your relationship because he’s too busy making himself his number one priority.

He’s an egocentric prick, manipulative liar, ultimate douchebag, and you’re far better off without him. 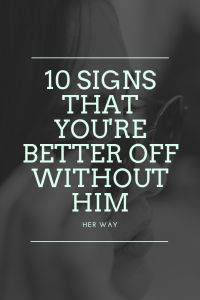