These women are those you need to fear because they will break the standards regarding everything. They have the one thing they need in their lives to succeed and that is independence.

No other woman will be as fierce and desirable as this one because they are a gift to this world. You know that you love her, but you’re not sure how to handle her or why she’s acting the way she is.

There are certain signs you can look for to see if your woman is a strong and independent one and we will tell you which they are:

1. You had a hard time winning her over

You worked your butt off to make her yours, right? First of all, there were a lot of men trying to take her away from you, and all of you tried everything to get to call her your girlfriend—from roses to expensive gifts and romantic dates, but nothing won her over.

She wanted someone who would see above the fact that she is a woman and look at her as an equal. She wanted someone to challenge her mind and that’s what you did. That’s why she’s your girlfriend now, no matter how much time it took you.

2. She doesn’t fully commit to you

She isn’t cheating on you, so don’t worry. She simply has a lot to do in her life so she probably finds time for you at the end of the day when everything she had to do is done. Also, she is prepared to not see you in the days when she has set goals to achieve.

She committed to herself first and everything else, including yourself, comes second.

3. She offers emotional support to everyone

She is so strong that she can help everyone with their problems without getting overwhelmed with the emotions of others. Her friends can always depend on her to be there for them to talk to and so can you. She is like a rock and everyone leans on her.

4. She is passionate about everything she does

She is dedicated to everything she does, never leaving something only partially done. She will see it through to the end, with no intention of quitting. And believe me when I say, she loves every little aspect of what she does.

5. She is brutally honest

There is no reason for her to beat around the bush. She will tell you what she feels, what she thinks, without considering your feelings in any kind of way. She simply needs you to understand that that’s what she wants from you, too. Brutal honesty. Nothing less. 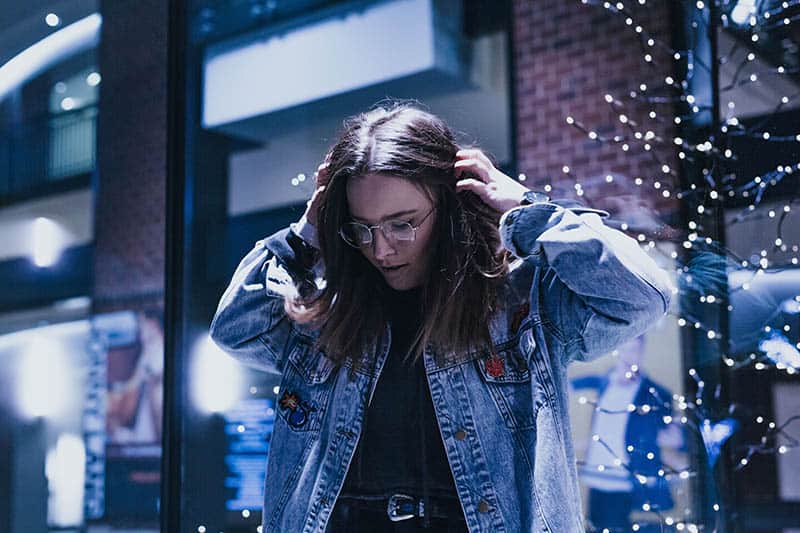 6. She is an inspiration

Other women look up to her. She empowers them to be the best versions of themselves with nothing more than actions. She shows everyone what a woman can actually do, and although it might scare you from time to time, go along the path with her and she will inspire you, too.

7. She doesn’t need you, but she wants you

No, dear, sorry to break it to you, but SHE DOESN’T NEED YOU! She doesn’t need you to be happy, but she wants you in her life. She saw something in you that makes her life even more precious than it was before and she will do anything to make you happy as well. She won’t forget about you, because she loves you.

8. She knows her own value

She doesn’t validate herself with the amount of money she has, but with the number of smiles she puts on people’s faces throughout the day. She wants to learn more and read more, so people can give her the attention she deserves. She doesn’t try to get that attention when she doesn’t deserve it and she lets her actions speak instead of her words.

She simply doesn’t care about drama. If there is no way you can easily and normally talk about something, then there is no need to talk about it at all. If you did something that upset her, she will come to you and talk it all through nicely.

If it’s something big, like if you cheated on her, she won’t make a huge deal about it; she will simply leave. It doesn’t matter how much it hurts her, because she wants herself to be happy, even if it’s not with you.

10. She doesn’t apologize for being the way she is

Loving herself is her biggest strength. She knows that she is a rare species and she embraces it! Because why would she apologize for something as beautiful as she is?

Don’t be scared of her. She is a woman who knows what to do to make her life fulfilled and happy. She goes after her happiness in so many creative ways and she wants everyone to be as happy as she is! The world needs more women like her—the wonderful, strong and independent woman.

Win Free Stuff Online  How To Deal With A Guy Who Doesn’t Respect You
Amy Nicholson
December 26, 2017