Science has an answer for everything, including the eternal question of what turns men on. Well, you’d think it’s a matter of personal choice because we are all different and we like different things but science says that most men think alike when it comes to women.

This is a shocker, right? Umm… not really. We all know most men think alike when it comes to women but there is one thing you probably didn’t know. Science says that men are searching for potential females to make babies with.

There are certain physical characteristics that are, in men’s eyes, screaming: “I need to get some of that!” and in general, that is so true.

Maybe men are unaware of the fact that they are genetically predisposed to look for women who they are subconsciously attracted to solely for the purposes of procreation.

So, science says these are the traits that men find hot AF:

Although a man doesn’t think that he’s chosen a girl to take out on a first date because of her genetics and the need to procreate, science says differently. Scientists claim that men are attracted to women who have a low waist-to-hip ratio. It is scientifically proven that these women are of better health and that the low waist-to-hip ratio makes them appear more youthful and attractive. It’s like they have a magnetic force that draws men closer to them for some reason that no one can explain. It’s just a fact.

To men, a high-pitched voice represents youth and a small, feminine body. That’s why they are subconsciously attracted to it even though they may not even know or notice it. Youth is usually associated with nature and giving birth.

Men are attracted to symmetry. When an object or a face or whatever they see is mirrored on the other side, it will draw their attention, according to science. Of course, that doesn’t have to mean they will be turned on by everything symmetrical they see but when women are the subject of what they see, then symmetry is of great importance. Science says that symmetry is easier to process visually, which is why it’s so appealing.

Science claims that natural is better. And when you think about it, it makes sense. You are the most beautiful the way you are born. There is a reason why your hair is dark and not light, or that your eyes are blue and not brown. Men can see that. You don’t need contouring or bigger lips to be more beautiful. Men like the natural look and you should stick to it. Of course, there is nothing wrong with putting a bit of make-up on but try not to overdo it because no one likes the plastic look.

Brace yourselves—men like big boobs! Especially in combination with a narrow waist. There was research conducted where men were shown pictures of women and their eye movements were tracked. It turns out that the first things most men see on a woman are their boobs and their waist. They look longer at boobs but if they are in combination with a narrow waist, you have a winner.

It is scientifically proven that dark-colored eyes are not as desirable as blue-colored eyes. Why is that so? Well, it’s perfectly simple because the most common eye color is brown, while only 17% of the world’s population have blue eyes. That’s why blue eyes are more interesting and sexy. Right behind blue eyes come green and then brown.

Once again, nice, white and clean teeth is an indicator of good hygiene and that is one of the things that can make a man fall crazy in love with you. Also, nice and white teeth go along with a beautiful smile and no one can resist a beautiful smile. So, if you want men to turn their heads for you, keep those teeth healthy and show off your smile because you really have something to show off.

What are kissable lips and is kissable defined the same by everybody else? The general opinion is that full and red lips are the most desirable ones, but science has disclaimed that fact because research has shown that both men and women prefer medium-sized lips and find them the sexiest and most kissable ones. But, of course, you can’t just take the factor of lips into consideration. You need to look at the other facial and body features that complete the overall picture of beauty and what attracts a man to a woman. 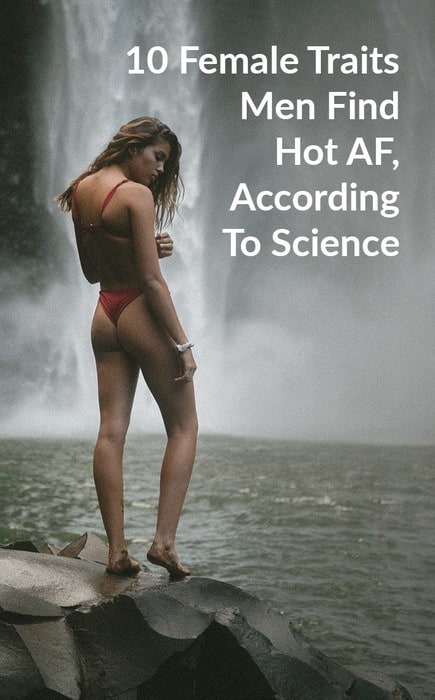 These Are The 4 Most Confrontational Zodiac Signs – Find Out If You Made The List!
8 Ways | How to Attract a Cancer Woman | 2020
This Is What Makes You Genuinely Happy Based On Your Zodiac Sign
A Definitive Ranking Of How Honest Each Zodiac Sign Is From Most To Least